KSU Rector Abdullah Al-Othman, a co-signatory with Al Jazirah’s Editor in Chief Khaled Al-Malik, said the renewal of the contract represented what for the past four years has been a highly-successful and productive alliance for both sides.

“This is a clear message and it reflects the corporation’s sense of responsibility toward society,” the Rector Al-Othman said. “[Al Jazirah is] working for itself and the nation.’’

Al-Malik said that the time he has spent with the daily newspaper has been demanding because he has had to juggle duties dealing with newspaper staff, KSU faculty and students. But as busy as was his daily pace, he found it gratifying and emphasized that he is looking for another five years working with the chair. 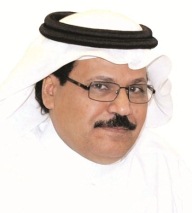 The new contract includes the addition of a state-of-the-art graphics lab, courtesy of KSU, and enthusiastically welcomed by Al Jazirah’s editor-in-chief and the newspapers’ board of directors. Dr. Ali Alkarni, the Al Jazirah Chair supervisor, said that KSU and the Al Jazirah Corporation agreed to set up this graphics lab to serve the Chair and to support local and Arab newspapers.

Graphics have become an integral part of journalism and the new facility is fully-equipped to provide fully-equipped graphic design. Dr. Al-Karni said the lab’s objectives include the opportunity to provide media students with comprehensive training to prepare them to master the latest in graphic and editorial technologies.

Personnel-wise, 15 students have have been selected as Al Jazirah correspondents for the various colleges, offices and branches throughout KSU.

The Chair’s objectives, according to Vice Rector for Graduate Studies and Scientific Research Ali Al-Ghamdi, include the development of skills for both media students and Al Jazirah employees through workshops, training courses and other activities. In addition to university professors, the Chair will recruit veteran journalists and invite noted journalist to visit KSU to speak about their professional experiences and expertise.

At the outset of the partnership, the Chair quickly implemented development courses and workshops to help aspiring journalists to hone their skills. Chair officials strive to facilitate students' progress and ensure that students understand best practices.

Dr. Al-Ghamdi said the Al Jazirah Chair translates and publishes books and articles about international journalism standards and excellence for the University library. He said the chair established plans to publish books about Saudi and Arab press.

Dr. Al-Karni revealed that the Chair has also implemented a national project to study the Saudi press and assess their practices and content. He said the first results from this project will appear in a month and the project will produce a yearly report on the chair’s activities.

Al Jazirah Newspaper, owned and operated by the Al Jazirah Corporation for Press, Printing and Publishing, was converted from a weekly to a daily newspaper in 1972 and has become one of the Middle East’s most influential publications. Its popularity gradually grew and today has a circulation of 250,000.