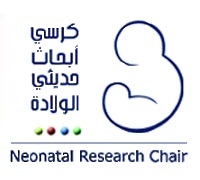 The Neonatal Research Chair, part of the King Saud University’s College of Medicine, recently held a three-day campaign to promote the importance of breast-feeding. Starting last Wednesday, the campaign was titled “Breast-feeding Makes Me Smart” and took place in Riyadh's Hayat and Granada Malls.

The campaign, which was well-received by the public, provided visitors to the venues flyers and booklets that detailed the health benefits of breast-feeding, as well as its impact on a mother’s health.

Among the publications distributed were pamphlets such as Breast-Feeding Makes Me Smart, which outlined the goals of the campaign, and Nutrition and Weaning… Importance and Benefits.

A recently-published Saudi survey has confirmed that many mothers in Arab countries do not know that breast feeding reduces the risks of common diseases, diarrhea, and inner ear infection. Reportedly, breast-feeding also reduces risks of diabetes, high cholesterol and heart diseases.

The report also showed that these mothers tended to rely on Commercial Formula milk believing that their milk was not enough and that the commercial substitute was better.

The study showed that 20% of mothers begin using formula milk from day one and never try to breast-feed their children, But even those who begin breast-feeding after birth  lose the ability completely after six months .

The study also showed that only very few mothers breast-feed their children until they are one year old and only 24% breast-feed their babies exclusively for six months, without using formula milk as supplement.

According to UNICEF, breastfeeding could lead to a 13% reduction in deaths of children under five if infants were exclusively breastfed for 6 months and continued to be breastfed up to one year.

Rates for exclusive breast-feeding for babies less than four months old are very low in a number of but have shown a gradual increase in recent years, thanks mainly to breast-feeding campaigns of the type organized by KSU.