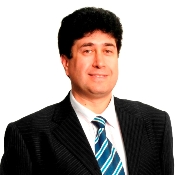 Professor Kamal Alameh, a staff member at Edith Cowan University in Australia, will be the featured speaker at a workshop scheduled for Tuesday, December 20 at King Saud University’s College of Food and Agriculture Sciences. The workshop, sponsored by the Precision Agriculture Research Chair (PARC), will run from 9:30 a.m to 2 p.m. in the College of Food and Sciences Room 1A/48.

The workshop theme will be “The use of laser technology for precision agriculture.” Dr. Alameh is the Director of the Electron Science Research Institute and the Center of Excellence for MicroPhotonic Systems at Edith Cowan University.

He possesses expertise in eight major areas, but is best known for his pioneering efforts in the microelectronics and photonic Sciences. Laser scanning is a new technology that provides accurate and dense 3D measurements from the object. Development of laser scanners and techniques has led to several successful applications in the field of land surveying, industrial design and city planning. Airborne laser scanners have not broken into agriculture and precision planning because of high expenses and insufficient accuracy, according to one report, but a study has been launched to investigate how laser scanners and laser point data can be utilized in precision agriculture as they are being used in forestry. 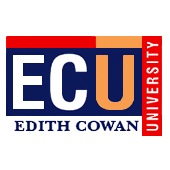 The Cowan University professor is a researcher and inventor who has created a chip that will make the computer 100 times faster for the next generation. His has been published more than 200 times and as an educator has groomed 16 Ph.Ds.

The Precision Agriculture Research Chair, under the leadership of Dr. Khalid A. Al-Gaadi, conducts extensive studies of modern farming, particularly in the Kingdom of Saudi Arabia. As an academic-governmental collaboration, PARC aims to raise awareness of the benefits of precision farming, not only the Kingdom, but the region and world.