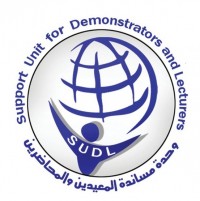 Discussions focused on how KSU demonstrators and lecturers might benefit from a recent agreement between the Saudi Attaché Office in Canada and McGill University to facilitate Saudi students' post-graduate studies at McGill. A communications officer has been appointed to serve between the two universities to facilitate the admission of Saudi students in all available specializations.

Dr. Al-Harkan noted the cultural diversity that exists at McGill University, which is located in Montreal, Quebec. Of the 36,000 students enrolled at McGill, including 8,300 graduate students, more 150 countries around the world are represented, with more than 7,200 international students making up 20 percent of the student body.

It has placed among the top 25 universities globally for the eighth consecutive year in the 2011 QS World University Rankings, ranking 17th.

SUDL was established to support demonstrators and lecturers wishing to complete their graduate and postgraduate degrees at distinguished international universities, serving as a bridge between these institutions and Saudi cultural offices.

The unit also helps demonstrators and lecturers meet the English language standards required by international universities and facilitate the  acceptance .

Demonstrators and lecturers wishing to enroll at McGill in September 2012 must apply by Wednesday, February 15. Applications can be completed electronically at http://www.mcgill.ca/admissions.