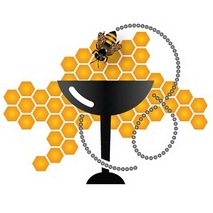 On Tuesday, March 13, a workshop entitled Beehive Management Under Exhaustion took place in Ha'il, Saudi Arabia as part of the Fourth National Meeting of Beekeepers.

King Saud University's Chair of Engineer Abdullah Ahmad Bagshan for Bee Research organized the workshop in cooperation with the Directorate General of Agricultural Affairs Administration in the Ha'il Region and the Beekeepers Cooperative Association in Al-Baha.

Chair Supervisor Dr. Ahmed Al-Khazim said that throughout the meeting, participants made a series of valuable recommendations for ways to strengthen cooperation among beekeepers and to upgrade the Kingdom’s flagging bee industry. 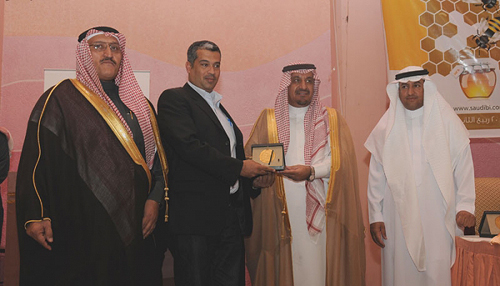 The Saudi Ministry of Agriculture, researchers and program sponsors worked throughout the meeting to develop and discuss solutions needed to improve the Kingdom's bee families and queen bee production, and establish an effective plan for bolstering the nation's honey industry.

Specific recommendations included establishing a beekeeper training series, as well as funding a program (to be coordinated with the Ministry of Agriculture) as a means to grant cooperatives authorization to issue beekeeping licenses.

Bee Chair coordinator Yehua Al-Attal presented a lecture on what to do, and what not to do in honeybee management when various problems arise, especially drought conditions.

His advice to the beekeepers is as follows:

During the workshop, Dr. Al-Attal was also presented with an award for his contributions to beekeepers throughout the Kingdom.

In recent years, the King Saud University Bee Research Chair has played an integral role in developing governmental beekeeping initiatives and regulations in Saudi Arabia, where honey production is still deemed to be insufficient. Saudi has an estimated million bee colonies and 5,000 beekeepers, but the Kingdom still imports approximately 10,000 tons of honey annually.

Honey is a staple in many Saudis' daily diets and the demand runs significantly higher during traditional festive occasions, particularly following the holy month of Ramadan.