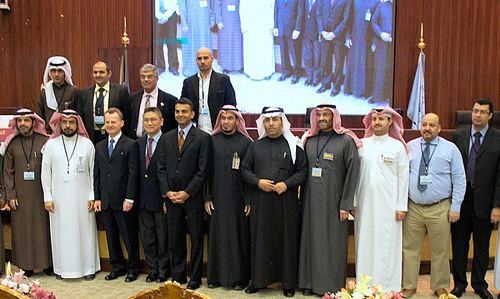 King Saud University’s 4th Conference of Voice and Swallowing Disorders, a three-day event featuring lectures and workshops and led by a cast of international and regional experts, was held earlier this year in KSU’s College of Medicine.

According to Dr. Manal Bukhari, the conference chair, this year’s emphasis was on voice and throat surgery, but also continued to stress the importance of immediate and accurate diagnosis of throat and voice disorders on the part of health workers.

Stroboscopy is process in which an instrument with a strobe light inserted in the mouth and pushed toward the back of the tongue. The patient is asked to make a variety of sounds while the examiner views the vocal cords for diagnosis of conditions that have produced dysphonia (hoarseness.)

The entire evaluation may take approximately 30 minutes to a half hour, but the instrument is in the mouth for only a couple minutes. Immediately after the evaluation, the physician and speech pathologist review the results and provide recommendations.

Fiber-optic endoscopic evaluation of swallowing is a state-of-the-art, non-radioactive alternative to modified barium swallow studies. Instead, a flexible fiber-optic telescopic device is inserted through the nose to the pharynx to assess the motor and sensory aspects of the swallow in order to precisely guide the dietary and behavioral management with swallowing problems to decrease the risk of aspiration pneumonia.

As in stroboscopy, results are immediately available.

The third day was devoted to the introduction of new theories and procedures in being used in voice therapy. Lectures and discussions were held on muscle strength training, neuroplasticity, dysphagia, laser advantages compared to cold instruments, phonosurgery (referred to as the plastic surgery of the vocal cords) and office-based laryngeal surgery for such problems as cysts and polyps.

Participants expressed their appreciation for the conference’s comprehensive program which represented another step forward in the area of voice and swallowing disorders. The first conference was held in 2008, followed by one in 2010 and 2011. 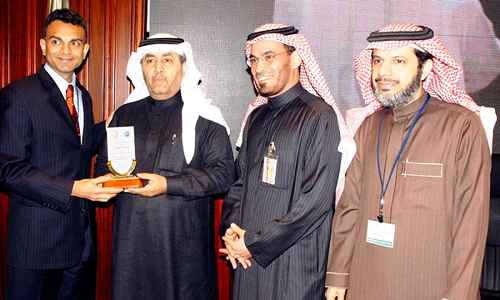