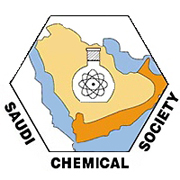 The Saudi Chemical Society will hold its Seventeenth General Assembly on Wednesday, May 16 at the Cultural Palace in Riyadh's Diplomatic Quarter.

The meeting will begin at 7 PM with a report on the society’s accomplishments, followed by a seminar at 8 PM about the late Dr. Hassan bin Mohammad Al-Hazmi.

A pioneer of chemistry in the Kingdom, Dr. Al-Hazmi passed away a year ago. He served as editor of the Society’s journal, which is ISI-indexed.

At 9 PM, Dr. Abdulrahman Al-Ibrahim, the Governor of the Saline Water Conversion Corporation (SWCC), will deliver a lecture entitled Water Desalination in Saudi Arabia: A Success Story. Saudi Arabia's government-owned SWCC is the world's top producer of desalinated water, producing 27% of the globe's desalinated water from an assortment of 30 plants, 14 transmission systems, and 4,170 kilometers of pipeline. Every day SWCC supplies 3.5 million cubic meters of fresh water to residents of the Kingdom, along with 5,000 megawatts of electricity.

The extensive desalination experience that SWCC has accumulated, along with the research it conducts through its Saline Water Desalination Research Institute (SWDRI), drives improvements in the science and worldwide practice of desalination.

Experts from SWCC frequently present their findings on best practices in desalination at conferences around the world to help people in other nations address crucial water supply issues.

The Wednesday event will also feature a ceremony honoring scientific excellence in the Kingdom and presenting awards to individuals that have made a difference in 2011.

King Saud University, an important contributor to the Society's endeavors, was quite busy in 2011. KSU participated in numerous activities in 2011, which included: 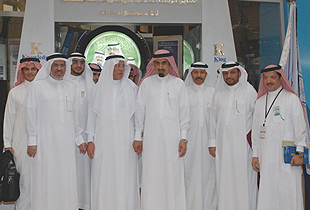 In January of 2010, King Saud University formalized partnerships with the prestigious Yale University and the Nanyang Technical University in regard to water desalination, energy and medicine

In August of 2010, KSU and SWCC signed memorandum of understanding, which involves research into the desalination of sea water, especially considering Saudi Arabia’s arid climate.

After the SWCC signing, KSU Rector Abdullah Al-Othman stressed the importance and potential of research into seawater desalination – the separation salt from ocean water as well as the cleansing of brackish water and collection of rain water – to provide potable water for human consumption and agriculture.