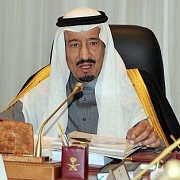 King Saud University Rector Abdullah Al-Othman and a delegation of financiers and businessman who have contributed to the University Towers Endowment Program recently presented a progress report to Prince Salman bin Abdulaziz, chairman of the KSU Endowment (Awqaf) Higher Committee.

The report covered the program's progress over the last sixth months.

The report, the 14th in a series, included a description of the project’s existing status, revealing what it has accomplished and detailing plans for future use of the endowment program.

“Your leadership and prominence in the Awqaf project and in supporting scientific projects such as the University Towers have set examples for donors and capable kind-hearted individuals everywhere,” Rector Al-Othman told Prince Salman. “The Towers (Abraj) cost $1.06 billion in Phase I and $ 2.13 billion in Phase II”.

Rector Al-Othman concluded his message by expressing profound gratitude on behalf of the entire university to Prince Salman’s for his support, describing his assistance as decisive and groundbreaking, and to the contributors who have also supported the program. Prince Salman responded by expressing his appreciation and thanks to those who have contributed to the KSU Endowment and the University Towers.

The KSU Endowment is committed to bolstering partnerships with supporters to cover various operational and educational facets of the university and to establish active strategic partnerships at all levels.

The Endowment provides KSU with autonomous funds to achieve its goals and has secured contracts for the construction of several towers.

The program has enhanced KSU’s vision to attain international prominence through social partnerships that will hopefully lead to knowledge economy. The program has so far succeeded in earning KSU more than half a billon Riyal in support and assistance from various sectors of Saudi society. 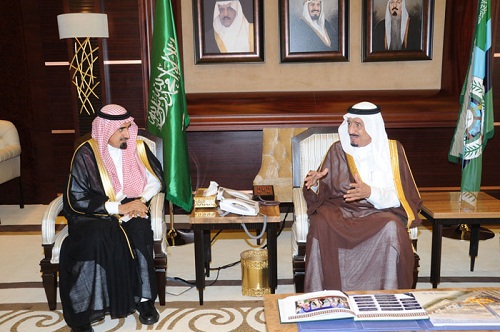