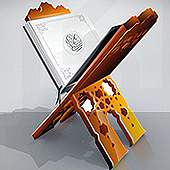 An agreement was recently signed between King Saud University’s Holy Quran Teaching and Reading Chair and the Conservation of the Holy Koran Society in Jordan. The agreement was signed in the main hall of Jordan’s Applied Science Private University in Amman.

In addition to the agreement between KSU and Jordan’s Applied Science Private University, KSU’s Holy Quran Teaching and Reading Chair and the Saudi Scientific Society of the Holy Quran and its Sciences signed a cooperation agreement during a coordination meeting.