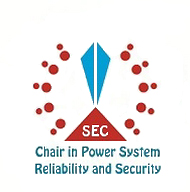 The Saudi Electricity Company Chair in Power System Reliability and Security (SEC-CRS) is in full swing, with ambitious research and development studies and projects underway in important aspects of electrical power systems reliability and safety.

SEC-CRS, under the direction of Chair Director Dr. Yasir Alturki and Chair Professor Dr. Mohamed A. El-Kady, has completed its initial setup and preparation phases, and is engaged in a wide range of studies and projects relating to power system reliability and safety. The Chair management team also includes three members from the KSU College of Engineering: Associate Professor Dr. Abdulhameed Al-Ohaly, Assistant Professor Mamdooh Saud Thinyyan Al-Saud, and IT Supervisor Muhammad Zeb Khan. In addition, the Chair team includes part-time researchers Faisal M. Al-Duaij and Bandar A. Al-Askar, as well as a number of graduate students. Future plans call for the addition of full-time post-doctoral fellows and researchers.

The Chair is strengthening the partnership between KSU and SEC by tailoring academic programs and specialized topics of study to be consistent with business and industry needs. The company will benefit by having highly qualified engineers available to solve technical problems, and the country will ultimately benefit from the production of more efficient, reliable, and cost-effective electrical energy.

The terms “reliability” and “security” are often used interchangeably when referring to power systems. However, there is a distinction. Power system reliability describes the overall ability of the system to perform its function, and is generally broken into two aspects – adequacy and security, where adequacy is defined as providing sufficient facilities to satisfy demand, while security relates to the ability of the system to withstand component failures and natural disasters.

The rapidly growing demand for electricity in Saudi Arabia is making reliability and security even more important than it might have been ten or twenty years ago. SEC President and CEO Ali Saleh Al-Barrack spelled out the business environment in an address on 7 December 2011 at the US-Saudi Business Opportunities Forum in Atlanta, Georgia, USA. The peak load grew from 22,600 MW in 2001 to 44,200 MW in 2011, he said, and is expected to reach 85,000 MW by 2021. That is a growth in demand of 7-to-8 percent per year for the next ten years!

SEC has committed a total capital investment of US$ 80 billion over the next ten years for expansion of generation facilities, and transmission and distribution systems. Assuring that all these new projects meet schedule and production requirements will present a significant challenge for the adequacy component of the power systems reliability equation. 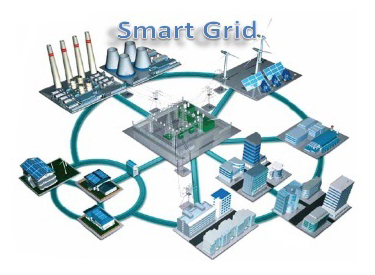 Even more significant challenges in the security component are likely in the future. Doubling the generating capacity will be also require energy conservation initiatives, load management programs, and the introduction of renewable energy sources. More interconnectivity will be required for the system to survive equipment failures and natural disasters, and the introduction of Independent Power Projects, although expected to be a benefit in the long run, will provide additional complexity at startup. Smart Grid technology – the use of computers and technology to automate electrical production and distribution – will be built in to the system. A major engineering effort will be required to make it work, however – it will not be a plug-and-play effort.

These are big challenges, to be sure, but big opportunities as well. SEC-CRS is in the right place to supply engineering know-how to solve problems and develop innovative technologies to ensure that the Kingdom will continue to grow and prosper.

The Chair has already had some significant accomplishments.

A notable achievement was the research project, “An Integrated Approach to Backup Reserve and Wheeling Pricing in Electricity Markets,” reported by Chair Director Y. A. Alturki, Chair Professor M. A. El Kady, SEC Systems Operations and Control researcher Faisal M. Al-Duaij, and SEC Systems Operations Executive Director M. S. Owayedh. The study provided an integrated approach for equitable pricing of backup reserve and wheeling (transporting electrical power over transmission lines) services to customers who buy power from SEC but also sell surplus power from their local generating facilities. Based on the study, SEC revised its pricing policy, and is now training its employees on the methodologies, technologies, and simulation techniques required to devise pricing strategies of reserve capacity and energy delivery.

A groundbreaking major international “Smart Grid Workshop” was held 8-9 January 2011 at King Abdulaziz City for Science and Technology (KACST). The workshop was co-sponsored and organized by KACST, Saudi Electricity Company, SEC-CRS, Saudi Electricity and Co-Generation Regulatory Authority (ECRA), and the University of Southern California (USC) Viterbi School of Engineering. More than 400 attendees from inside and outside the Kingdom heard presentations by experts from KACST; ECRA; SEC; USC Energy Institute; USC Center for Energy Informatics; University of Colorado; City of Los Angeles, California Department of Water and Power; Fraunhofer Institute (Germany) for Non-Destructive Testing; USC Viterbi School of Engineering; US National Science Foundation; Tsinghua University, China Research Institute of IT; California Institute of Technology; The Brattle Group, USA; and the Italian Regulatory Authority for Electricity and Gas.

The Chair recently hosted two one-day seminars and a two-day workshop presented by Dr. Abdel-Aty Edris, USA Institute for Electrical and Electronic Engineers (IEEE) Fellow, and Senior Director and Executive Advisor with Quanta Technology in Oakland, California, USA. Dr. Edris has extensive practical experience in several electric power technology areas, and is widely known around the globe for his expertise.