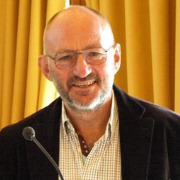 On Tuesday, September 11, the King Saud University Sheikh Abdullah Bahamdan Chair for Evidence-Based Health Care and Knowledge Translation (EBHC) will be hosting a lecture by Dr. Thomas Jefferson, an epidemiologist with the Cochrane Collaboration who has received extensive international media coverage for his criticism of governments for the handling of the H1N1 (swine flu) outbreak.

His organization, the Cochrane Collaboration, which prepares, maintains and promotes the accessibility of systematic reviews of the effects of health care, has been at the center of a dispute over the clinical trial data for the anti-influenza drug Tamiflu.

In a similar 2011 lecture, Hayashi’s problem (what you read may not be what it seems) Dr. Jefferson used the story of the Cochrane review on Tamiflu as background, charting current efforts to develop methods for identifying and synthetising evidence from trials of important pharmaceuticals using regulatory-sourced material only.”

The Abdullah Bahamdan Research Chair for Evidence-Based Health Care and Knowledge Translation (EBHC-KT) was established in 2008 to cultivate evidence-based healthcare in Saudi Arabia and bridge the gap between evidence and clinical practice, especially through organizing scientific meetings and workshops.

Led by supervisor Dr. Lubna A. Al-Ansary, the EBHC-KT promotes the principle of partnership between patients and the community at large on the one hand, and health practitioners on the other, taking evidence-based decisions related to patient and community health by setting up databases in Arabic for non-specialists. 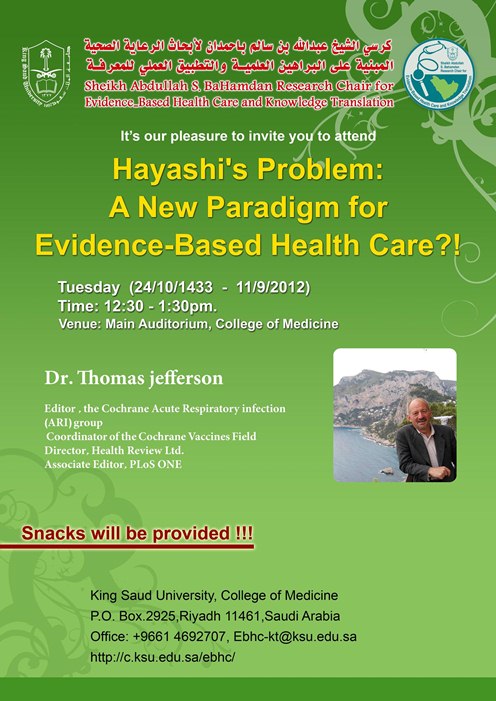