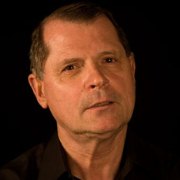 Renowned physician Dr. Richard Satava from the University of Washington (UW) Medical Center in Seattle, Washington, will be lecturing at King Saud University on October 10 and 11, 2012.  KSU’s College of Medicine Department of Medical Education is hosting this event, which is one of many faculty development workshops being held throughout the year.

The two-day lecture series, titled “Using Simulation for Teaching & Assessment -- Clinical Skills Curriculum Development,” is for physicians, nurses, and allied health professionals, and will be held in the Medical Education Building, Level 2, Room 215.  The registration fee is SR 200 for KSU personnel and SR 1000 for others.  For information and registration, contact the workshop secretary at +966 4699164 or 4699165, or via e-mail: nairakatug@gmail.com.

Professor Satava, MD FACS, is Emeritus Professor of Surgery with a gastrointestinal focus at UW, and is also Senior Science Advisor at the U.S. Army Medical Research and Materiel Command in Fort Detrick, Maryland.  He is actively involved in advanced robotic surgery, was the surgeon on the team that developed the first surgical robot, and developed the first virtual reality surgical simulators. He was awarded the Smithsonian Laureate in Healthcare in 1997 and 1999. 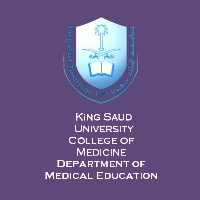 He has served on the White House Office of Science and Technology Policy Committee on Health, Food and Safety. He is currently a member of the Emerging Technologies and Resident Educations, and Informatics committees of the American College of Surgeons, and is on the Board of Governors of the National Board of Medical Examiners, as well as being on a number of surgical societies. He is also on the editorial board of numerous surgical and scientific journals.

Dr. Satava has been continuously active in surgical education and research, with more than 200 publications and book chapters involving a wide variety of subjects and techniques, including Surgery in the Space Environment, Video and 3-D imaging, and Virtual Reality Surgical Simulation, to name just a few.

During 23 years of military surgery, he has been a flight surgeon, an Army astronaut candidate, a MASH surgeon, and a battlefield hospital commander.

The objectives of Dr. Satava’s lecture workshops are to develop the expertise in “full life-cycle development of a curriculum” using simulation, to develop assessment tools to validate curricula that are developed, and to understand and implement teaching methods for simulation curricula.

According to Dr. Satava, there has been validation that virtual reality training in the laboratory translates into improved performance in the operating theater, and because of that validation, there is now a requirement for simulation-based training with objective assessment to be part of the skills training of surgeons.

There are six areas of competency that all residents must achieve:  knowledge, patient care, interpersonal and communication skills, professionalism, practice-based learning and improvement, and systems-based practice.  Dr. Satava indicates that the difficult task is developing the curricula that will support the training and assessment of the six skill areas. 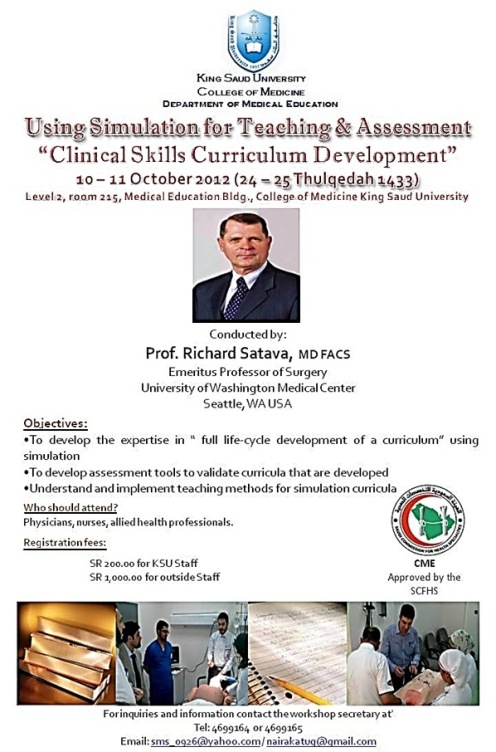