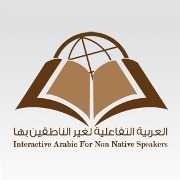 In his description of the Interactive Arabic Project, Dr. Alshamrani, Vice-Dean of the Arabic Language Institute's Quality and Development chair, explains that the program was devised as a service to assist non-Arabic speaking individuals to learn the language via the internet.

This Arabic website, which can be accessed by anyone in the world, is offered at no charge. Because the project is a self-learning process, participants must have a prior knowledge of the pronunciation and the written form of the Arabic alphabets.

The immediate response obviously pleased Dr. Alshamrani and KSU officials, with more than 500 individuals registering the day the project was announced, but Dr. Alshamrani expressed that he wasn’t surprised by the early rush considering the value of such a resource. Within a month the number reached 4500 users, and the numbers continue to increase rapidly. 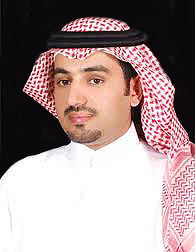 “People around the world are hungry to learn Arabic, but resources are limited,” Dr. Alshamrani said. “[They] want to learn Arabic for various reasons such as religion and business and to learn more about Arabic speaking cultures.

“[But] the launch of the Interactive Arabic Project wasn’t the end of the journey, it was just the beginning.” The big reward, he added will be when he sees people from other countries saying that the program has helped them.

The language used is neither classic nor colloquial Arabic, it is the simple and clear language used today in education, the press and the electronic media such as Aljazeera and Al-Arabiya.  A combination of the project and utilization of contemporary modes of communication has a significant chance of enhancing the participants’ communicative skills.

The content of the Interactive Arabic Project was taken from the book, Arabic for the World, written by Dr. Alshamrani and printed by King Saud University. The content was modified to be internet appropriate. The process took approximately one year with considerable time and effort end up by a determined team.

Dr. Alshamrani emphasized that any participants or viewers of the website with comments, suggestions or questions that they believe might strengthen the content can be e-mailed to: interactivearabic1@gmail.com.

The Interactive Arabic course consists of 12 units, including a variety of topics appropriate for beginners in Arabic. The topics address various aspects of the Arabic culture which are presented through situations involving daily life dialogues and conversation. These are the foundation of each unit in terms of common vocabulary and expressions and grammatical structures.

Two to three conversations in the form of a video clip can be played, repeated and paused by participants at their appropriate speed.

A list of words and expressions appeared in the previous conversations. They are accompanied mostly by images illustrating the meaning, and followed by interactive vocabulary exercises.

A summary of functional grammar appear in the conversations through using tables, colors and different icons to help participants differentiate between masculine and feminine, singular and plural. These are followed by interactive structure exercises.

Provides short dialogues, followed by an exercise that includes images where participants choose the correct image that coincides with the dialogue. The participant can control and adjust the video to his or her appropriate speed. At the end of this lesson, the participant can follow a link to a supplementary material that contains the written dialogues and a sheet of answer keys. The participant, accordingly, can listen, read and review the answers at the same time.

Contains exercises with examples of short dialogue and conversations and provides participants with words or phrases to use in similar situations. This section also includes a chat room in which participants gather and discuss the topic of the unit or other related topics. Such conversations may be continued among participants throughout other internet programs since they share the goal of communicating in Arabic.

This lesson varies from one unit to the other, starting with reading words and short phrases to reading a short text in the following units. The short texts are accompanied by reading comprehension questions. This section also includes a reading model where the participant can listen to the text he has read and compare his reading to it.

This section includes exercises such as: complete the words with the appropriate letters; to provide a practice on how some Arabic letters are written at the beginning, middle and end of the word. It also includes construction of sentences, rearrangement of words to become a sentence, and other writing exercises. This section also provides chat room experiences and practice writing with their colleagues.

The project includes three tests. Each test is designed as a conclusion to each of the four units, with each test containing 100 questions automatically corrected. Thus, the total is 300 questions, in addition to the dozens of questions and exercises distributed throughout the units. The tests are as follows:

“In conclusion, I would like to sincerely thank Dr. Saad bin Ali Alkahtani, Dean of the Arabic Language Institute, and Dr. Saad bin Mohammed Al-Qahtani, head of the Language and Culture Department at the institute,” Dr. Alshamrani said. “They gave me the confidence and enthusiasm to create this work. Their encouragement and follow-ups are appreciated. I also thank the team who made an extraordinary effort during the year it took to implement the Interactive Arabic Project, led by Engineer Mohamed Sabry who worked hard and did a great job.”

He added, "I would like also to express my deep gratitude for the support and encouragement of Dr. Esam Abdullah Alwagait, Dean of the Deanship of e-Transactions and Communications and Dr. Waleed Alsalih, Vice-Dean of e-Transactions and Communications, as well as Engineer Hamad Al-Qahtani, Director of the Portal & e-Services Department and his staff members Deputy Director Abdullah Aldebas and Engineer Hammad Ullah."

In 2006, Dr. Alshamrani founded Alfusha, (www.alfusha.net) an Arabic “language café,” which helped inspire the new website. “I felt that I just had to do it. With so many social, economic and sports forums online, I had to do something to promote the learning of Arabic. So I founded Alfusha forum, an academic environment in a comfortable environment; a sort of café.” His Interactive Arabic Project, a continuation of his previous project, was launched by KSU Rector Badran Al-Omar shortly after its completion. 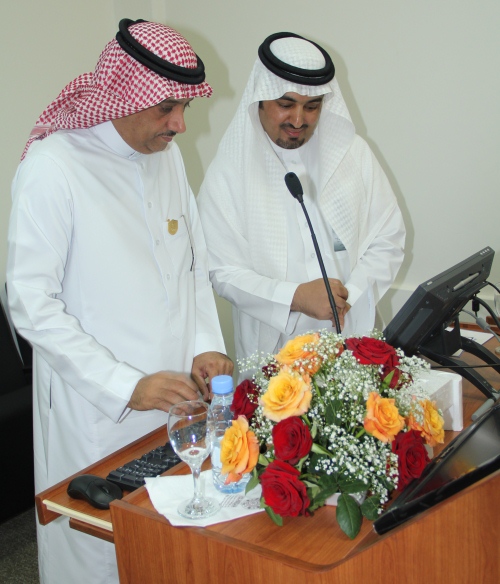 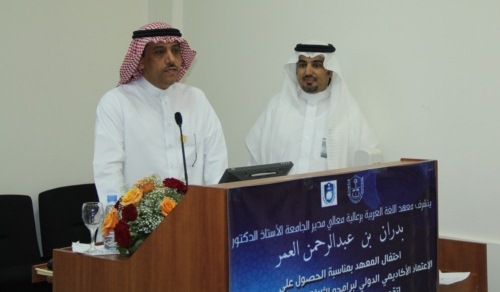