The mayor sent the letter after reviewing a report of the detailed proceedings of a traffic safety improvement workshop which was organized by the chair. The report was submitted Drs. Hany Hassan of Egypt and Lucas Dimitriu of Greece, recruited in October of 2011, approximately six months after the chair was established by KSU.

The two traffic experts compiled the report after a thorough observation of Ar Riyadh Province road networks, particularly those where the highest incidence of traffic have been reported in recent years. In their visit, they also had discussions with province and city officials including Mohamed Amer Al-Kharsan, the province’s vice governor; Captain Hassan bin Shougeir Al-Rasheedi, director of the Al-Majamaah Traffic Department and Bar bin Nasser Al-Hamdan, the municipal supervisor.

The mayor said he was pleased with the workshop in which the dialogue was focused on traffic safety, an extremely important topic in the Kingdom considering the increase of population, automobiles and roadways in the last decade.

“I do hope that the chair will contribute to putting in effect a clear strategy to improve traffic safety in our beloved kingdom,” the mayor said in his letter.

Dr. Dimitriu, while visibly confident the road safety project can be successfully achieved in a country where traffic safety has increasingly become a major concern, implied that the solution is a complex issue and will not be resolved in a matter of weeks or months 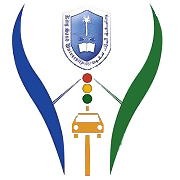 “Up to now, we’ve been trying to establish a comprehensive database from several services,” he said of the accident and fatality numbers. “Everybody we’ve met has been willing to help us. But road safety is not just a transportation-related issue. It deals with many disciplines related to planning and expansion.

“Riyadh alone faces a huge expansion rate so dealing with urban planning issues is extremely important. In fact, the chair was established by individuals with urban planning background.  The chair is embracing the issue in a visionary way which is the correct way.”

Drs. Hassan and Dimitriu will continue to accept traffic safety data throughout the project, which will begin in the Ar Riyadh area, but will be spending significant time with representatives from municipal offices, hospitals and emergency organizations, the department of transportation, the department of interior, insurance companies, the Saudi Saher Camera System and handful of other officials not directly involved with traffic safety.

The input from the representatives will assist them in the planning process, as will the data provide by the National Information Center and the Ar Riyadh Authority.

“We don’t have to wait for the all the data to finish the design,” Dr. Hannan said. “Based on the crash records we receive, we can re-evaluate.” He added that the chair has obtained a software program in which criteria can be entered in the design and predict the number of potential crashes in certain areas, allowing corrections to be made.

One of the chair’s other goals is the training a future researchers equipped with skills and knowledge to continue upgrading the improvements that will be implemented by contemporary experts and authorities in the next several years.

Annually, traffic accidents have been an increasing problem in the Kingdom, particularly in greater Riyadh. Many studies have been conducted and the majority has presented an alarming message.

One report revealed that since 1970, the country’s population has increased more than 4 percent to 29 million. In that span, the number of roadways has increased from 8,500 to 55,640 roadways, while the number of cars has soared from to 145,000 to 5.6 million and sales have been continuing to climb.

In that period, approximately a million deaths have been attributed to vehicular deaths and serious injuries. The Saudi Ministry estimates that there are 18 traffic deaths per day in the Kingdom . . . or one every 90 minutes. All this despite the fact that the Saudi roadway network is deemed to be respectable and the overall quality of the automobiles owned being above average.

Speaking last May in a workshop organized by the Prince Naif Chair, Al Meqbel said that seven thousand deaths occur annually due to traffic accidents in the Kingdom. Speed, failure to observe posted restrictions, sudden stops and recently cell phone distractions have been listed as major contributors to accidents, but other factors figure in the problem.

The cell phone distraction is certainly a major factor in the growing number of pedestrians being killed or seriously injured in car-related incidents.

“Many single-car incidents have occurred,” Dr. Mimitriu said. “This is an indication that there are drivers are doing foolish things.”