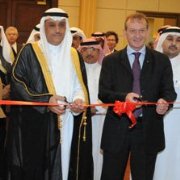 The conference, whose theme was “The dream of tomorrow is the reality of the day,” was held in the Middle East for the first time. The event was organized by the Endoscopic and Laparoscopic Surgeons of Asia (ELSA).

Before the congress convened, Professor Abdullah Al-Dohayan, president of the Saudi Laparoscopy Society (SLS) and chairman of the event, said the event attracted experts in endoscopy and laparoscopy from the United States, Europe, Asia and the Arab world's pioneers in the field. He said the congress examined the latest surgical developments in 11 surgical specialties,  feature surgical developments in Asia and discuss about 500 local and international research proposals.

Rector Al-Omar said KSU is eager to support such scientific meetings. “Such conferences acquire increased importance because their subject matter is human health," he said. "Laparoscopic surgery is witnessing unprecedented progress, and this justifies doing our best to reap the best results of this. Medical and health considerations top the pyramid of research importance because of their direct connection to human health and its role in solving man’s problems.

"Hence, this kind of research has acquired a great value that makes countries and establishments invest heavily in it.”

The Rector added: “The standards and outcome of research depend on the investment that it receives. The more we give to research, the more the health of our citizens will benefit.”

Endoscopic and Laparoscopic Surgeons of Asia (ELSA) is a nonprofit organization founded in 1990 by a group of Asian endoscopic and laparoscopic surgery proponents. The society was chartered June 12, 1992, in Singapore, with the objectives to foster and develop endoscopic surgery in Asia, to share experience and expertise, and to advise on standards of practice in member countries. 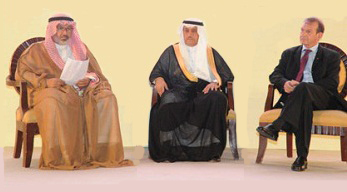