King Saud University demonstrators and lectures who receive a master's degree or Ph.D. at one of the top 30 universities on the Shanghai World Academic Rankings will be awarded an annual stipend, KSU Rector Badran Al-Omar announced at the university's annual meeting with faculty and staff.

The university has earmarked $133 million to fund "New Scientist Program," a joint venture between the Vice Rectorate for Educational and Academic Affairs and the Vice Rectorate for Development and Quality initiated to help raise teaching standards and improve the quality of education offered in classrooms and labs. 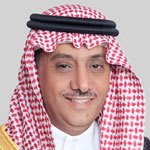 The rector emphasized that KSU will continue to support faculty researchers and reward research published in prestigious journals and annually  rewarding distinguished researchers at the end of each year.

He explained that this is affirmation of KSU’s commitment to the support of distinguished researchers and that the university is striving to establish a way to pay late research distinction rewards.

On the administrative level, the Rector warned that successful operations are not guaranteed by the number of administrative units, but by their efficiency and courtesy in dealing with others. He said the university will soon  establish the Ideal Employee Award to honor employees from every level all for exemplary performance.

Among other topics of the meeting, held at Hamad Al-Jasser Hall:

The meeting ended with a question and answer session between audience members and the rector and vice rectors.