The guest lecturer was Abdullah bin Mohammed Al-Batel, a statistics expert at the Department of General Statistics and Information in the Saudi Ministry of Economy and Planning.  His lecture was about the Population Policy established by the GCC, which helps determine the principles, objectives, and policies adopted by the state regarding population issues for the purpose of influencing the population status.  This includes variables in population growth and its main elements, which are fertility, births, deaths, geographical distribution, immigration, and population composition, as well as general issues relating to health and education. 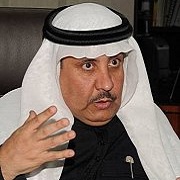 The Population Policy forms a large umbrella policy covering all programs and activities directly and indirectly influencing population variables, and it focuses on premises and constants based on society’s culture and values.

The GCC was established on May 25, 1981, in Riyadh, between Saudi Arabia, Bahrain, Kuwait, Oman, Qatar, and the United Arab Emirates. Those countries had special relations because they shared similar political systems based on Islamic beliefs, joint destiny and common objectives.  The GCC is a regional common market with a defense planning council as well.

A GCC document dated December, 1998, lists the following elements as constituting the core of the population policies: