The first Forum for Saudi Research Centers and Chairs Abroad, organized by the Prince Salman Abdulaziz Chair for Arabian Peninsula History and Civilization, concluded on January 6 with 44 representatives of Saudi and overseas research chairs and centers having participated in the two-day event held in the Ministry of Higher Education’s Prince Salman Bin Abdulaziz Hall. 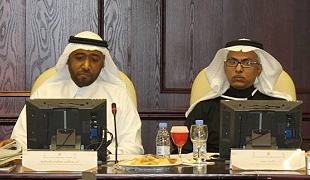 The forum, organized by the KSU Research Chair Program, included deliberations on proposals and recommendations to enhance the output of the research chairs and centers in the Kingdom and abroad.

Dr. Mohammed Wadaan, KSU vice rector for Graduate Studies, Scientific Research and Research Chairs Program, provided a comprehensive report regarding the research chairs program. He described the program’s vision, mission, objectives, roles and activities and explained the structure and funding of each.

The vice rector explained that every chair’s performance is evaluated in an objective and scientific manner,  then underscored the university’s support of the chairs with an account of their achievements in terms of the patents, books and translated local and international publications  produced, as well as the conferences, workshops, seminars, visits and lectures they have provided.

The following research chairs participated from within the Kingdom:

KSU Research Program officials were delighted by the turnout and, based on the forum dialogues, expressed confidence that the scientific research and societal applications by international universities and academies provide a major benefit in the Kingdom and abroad.

While this was the first forum for KSU chairs and centers, home and abroad, the KSU Research Chair Program was initiated in December of 2007. 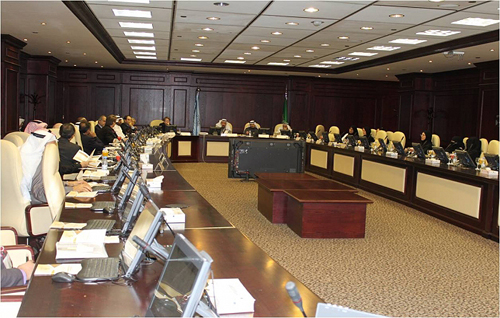