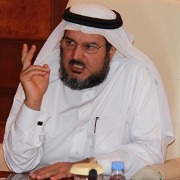 Those gathered for the meeting addressed major points related to KSU’s restructuring initiative, including the work of subcommittees, and the media and awareness campaign.

The assistant vice president for academic affairs, Dr. Abdulrahman S. Al-Angari, said it was important that the subcommittee in charge of surveying KSU’s current situation collect data from official sources.

Dr. Al-Angari also stressed the importance of establishing a clear and specific mechanism for interviewing those involved in assessing the university’s current status, and the need for women to be involved, particularly from female departments to ensure better communication.

The committee also decided to hold two workshops for deans and department heads under the Rector, to gather required data before conducting interviews, and to submit a final list of candidates for the subcommittee.

However, the second major point focused on the work scenario of the subcommittee of reference comparisons, where

Associate professor at the College of Computer and Information Sciences, Dr. Hend S. Al-Khalifa said that the subcommittee for reference comparison needed to establish a set of criteria for the selection of universities for comparison with KSU, and that it was important that selected universities be similar to KSU and have already successfully completed restructuring projects.

The Supervisory Committee decided that reference universities will taken from among the top 100 universities worldwide according to the 2012 Shanghai rankings.

Dr. Alkolibi also emphasized the importance of media awareness, the positive effects it had on the project, and the agreement that has been reached to include the Deanship of Student Affairs in the media plan.