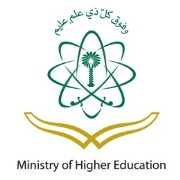 KSU's participation was organised by the Ministry of Higher Education represented by the Saudi cultural attaché in Canada.

According to Professor Saad Al-Hussein, the University’s participation came with the support of the KSU Rector, Badran Al-Omar, to aid in attracting the most promising and competitive students from Saudi Arabia.

The University also allocated an electronic link, rossa.ksu.edu.sa, through which students can apply for scholarships.

About 100 students were interviewed during the event illustrating the University's active attempt in participating and attending similar events to further strengthen KSU’s objectives for 2030 of achieving global leadership and excellence.

The Ministry of Education invited more than 33 governmental and private agencies to participate at the Career Day.

The Ministry’s insistence on broad participation facilitated the job searches of graduates and scholars from the Kingdom by drawing their attention to increased localisation in all government and private sectors.

A graduation ceremony for about 800 recipients of the King Abdullah Foreign Scholarship program also coincided with the events surrounding Career Day.