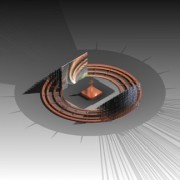 A new system for purifying water using solar energy researched and designed at KSU was just awarded a US Patent on April 16.

The water purifying system was invented by a interdepartmental research team from the College of Engineering, comprised of Hany Al-Ansary, Essam Al-Bahkali from the Mechanical Engineering Department, and Essam A. Al-Ammar from the Department of Electric Engineering in cooperation with professors Mazen Ba-abbad and Ibrahim Al-Olayan.

Khalid Al-Saleh, the Director of the Intellectual Property and Technology Licensing Program (IPTL), defined the new system as essentially a compilation of new methods for the purification and desalination of water by concentrated solar power. 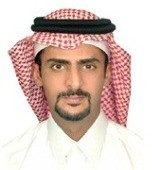 Al-Saleh said the absorption of sunlight using mirrors that track the sun in two directions; constantly concentrate on the internal target so impure water would be kept inside the mechanism.

The second process involves the evaporation of the sealed water due to the high temperature, generated by the concentrated sunlight beams.

The heat will turn only pure water into steam, leaving behind impurities and salt in the remaining liquid which does not evaporate, while the steam later condenses into pure water.

One of the main advantages of this invention is its ease of installation, operation, and maintenance.

The mechanism can be used to purify anything from seawater and flood water, to even sewerage, without environmental harm.