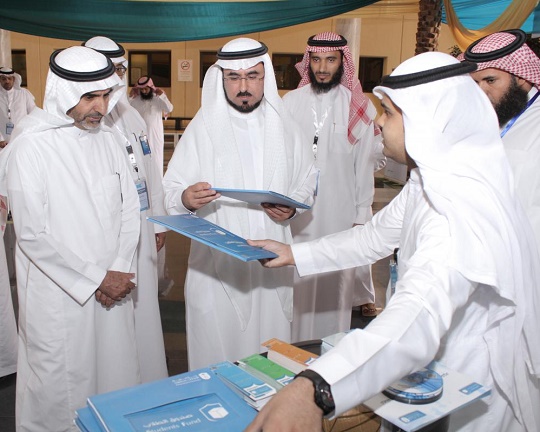 The Preparatory Year Deanship (PYD) at King Saud University launched induction program for all new male and female students admitted to the university on first week of new academic session.

KSU vice Rector Abdullah S. Al-Salman visited to PYD with Vice Rector for Educational Academic Affairs Abdulaziz A. Al-Othman for checking on the proceeding of this indication program. Where they were welcomed by the PYD Dean Nami Al Jehani.

Such type of induction program is hosted by the PYD at every beginning of each academic year.

During the tour of KSU vice rectors to PYD, they inspected the progress of the Induction program for new students.

Dr. Al-Salman stated that the university has completed its preparations for the start of the new academic year through the provision and marshalling of its full potential to serve the students. Dr. Al-Salman added: “What I saw today in terms of preparedness and eagerness at the PYD is gratifying. The steps are all clear, easy and convenient. These are great efforts for which the staff of the PYD should be thanked”. 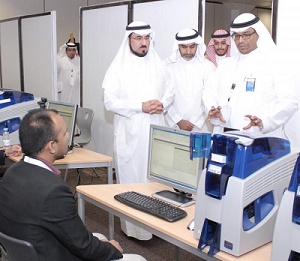 Dr. Al-Salman’s tour of the Preparatory Year Deanship began with a visit to the welcoming and reception unit for new students. The unit is located in a tent where PYD Dean Al Jehani spoke to the new students, briefing them on instructions and regulations in force at the King Saud University.

It is to be noted that the induction program aims to introduce students to the vision, mission and objectives of King Saud University and the Preparatory Year, and provides them with information and regulations about university study. The Program aims to promote and establish a sense of responsibility and discipline among the new students, and aims as well to familiarize them with KSU’s departments, academic units and support and accompanying structures at the PYD. The program also aims to brief the new students on services offered by the University and strives to help them complete the procedures necessary for the regularity of their study at the university.