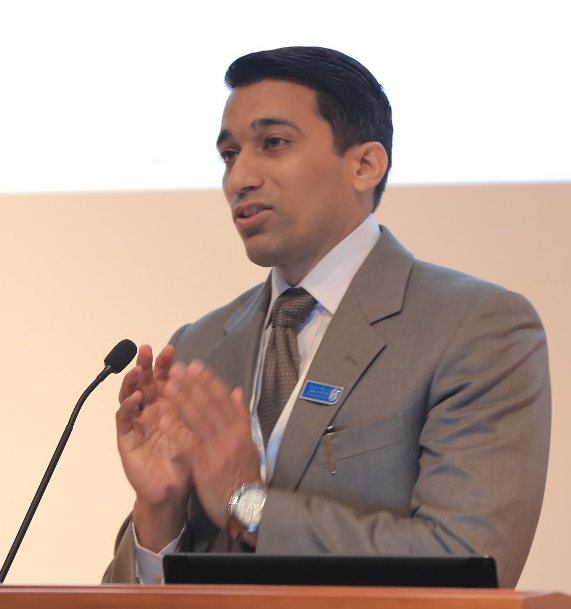 The research in this paper was conducted jointly through two funding projects from Natural Science Foundation of China and Open Foundation of the State Key Laboratory of Networking and Switching Technology, Beijing University of Posts and Telecommunications, China. The award-winning paper proposes a novel and secure three-factor user authentication protocol (3UAP) with forward secrecy for wireless medical sensor networks (WMSNs) by using the ECC, and it was proven very secure against different kinds of cyber-attacks and vulnerabilities. The prize for the best paper award includes a certificate presented to each author along with a financial reward. 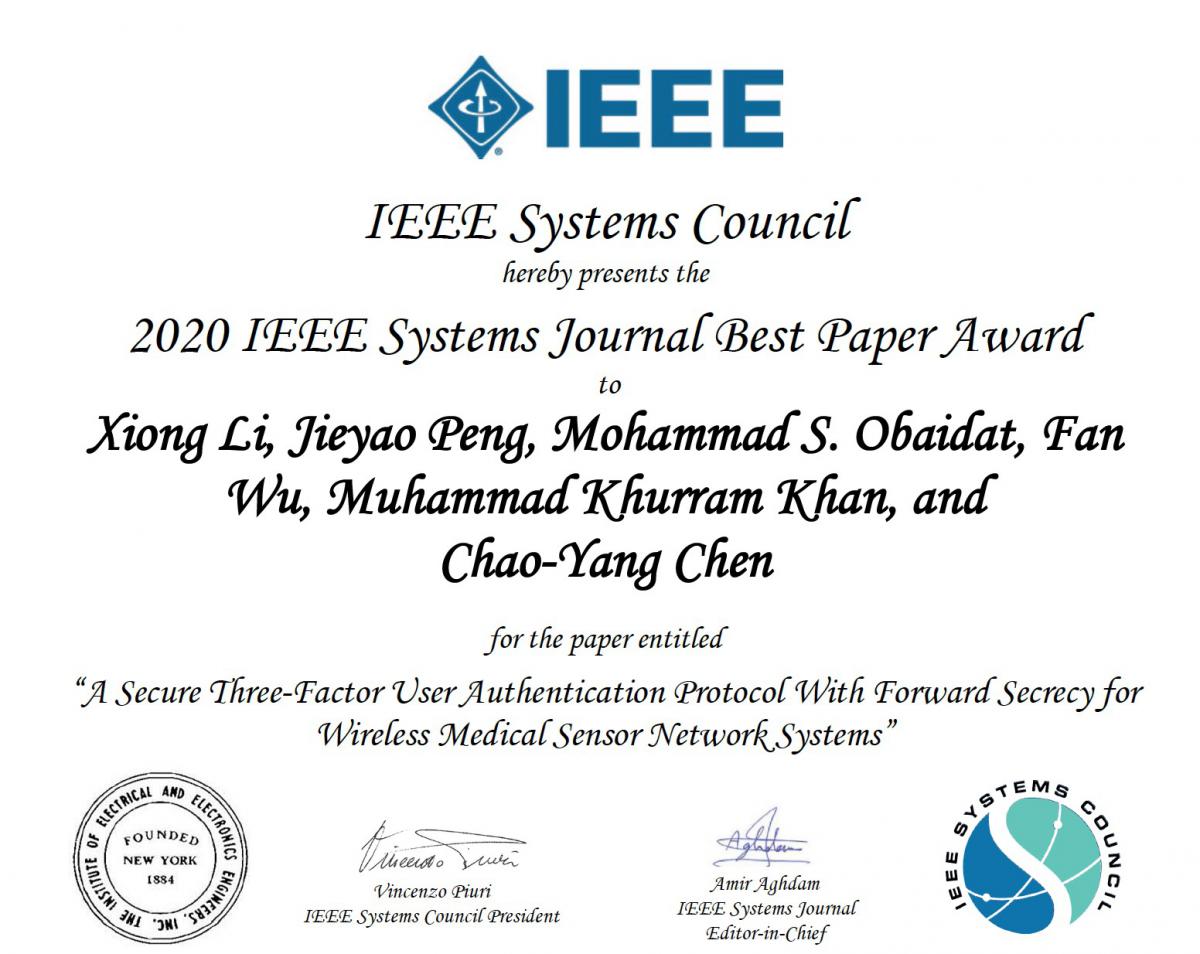 Each year up to 1% of the eligible papers are selected for the IEEE Systems Journal’s (ISJ) best paper award by a rigorous and meritorious selection process conducted by a committee of international distinguished scientists and academicians, and this paper was selected from 793 publications that were published in the journal. ISJ is a Quartile-1 (Q1) journal indexed in the Web of Science (SCI-Expanded), published by the world’s largest technical professional society, the Institute of Electrical and Electronics Engineers (IEEE). Through its 423,000 members in 160 countries, the IEEE is a leading authority on a wide variety of areas ranging from electrical and electronics engineering, computers, telecommunications, biomedical engineering, aerospace engineering, and consumer electronics etc. 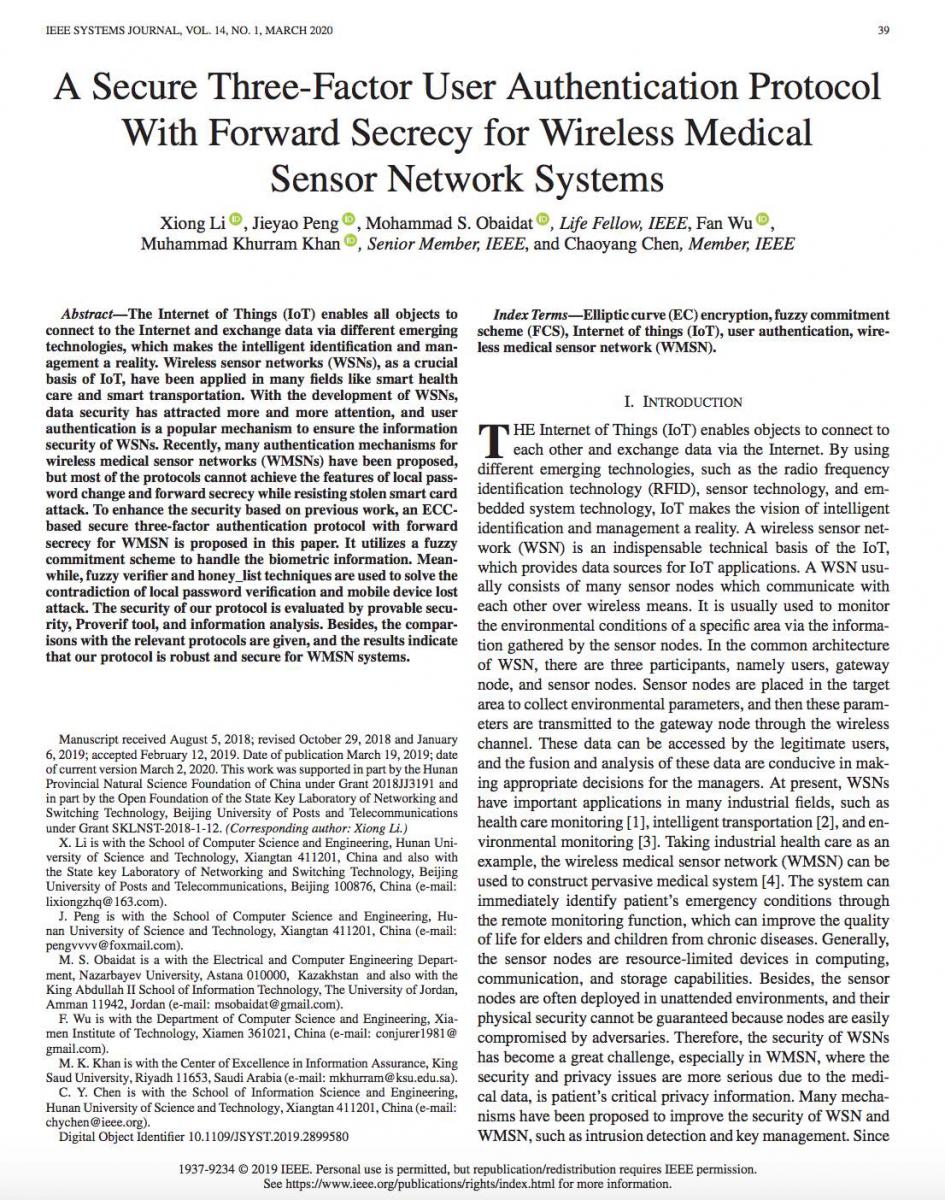 Prof. Muhammad Khurram Khan has also won several national and international awards, including the King Saud University Award for Scientific Excellence (Research Productivity) in 2015 and King Saud University Award for Scientific Excellence (Inventions, Innovations, and Technology Licensing) in 2016. He has published over 375 research publications and contributed over 30 cyber policy reports/papers to different local and global public and private sector organizations as well as to the T20 (the think tank engagement group of the G20 countries). He is also an inventor of several US/PCT patents in cybersecurity field. Furthermore, Prof. Khurram is the Editor-in-Chief of a Web of Science (SCI-Expanded) indexed journal, Telecommunication Systems published by Springer-Nature since 1993, and serves on the editorial board of several journals published by IEEE, Springer, Wiley, Elsevier, and others. Furthermore, he is a distinguished lecturer of the IEEE (USA).