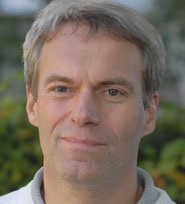 In the first lecture, entitled "Ultrafast plasmonic devices for light electronics", Professor Kleineberg discussed the working principles of plasmonic devices, and the ongoing development research in this field.  He also addressed the existing research project between the Max Planck Institute for Quantum Optics and KAIN to develop different plasmonic devices with targeted applications. 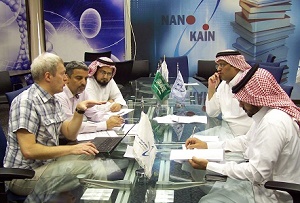 Further, Professor Kleineberg explained the main physical and theoretical concepts underlying the production of attosecond pulses, the main challenges facing the development of attosecond pulses in the soft x-ray range, and the recent research achievements in this field in his second lecture on "Attosecond soft X-ray optics", 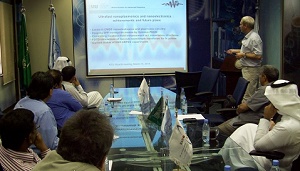 Moreover, several scientific meetings were held during this visit, where Professor Kleineberg discussed many ongoing and prospective research issues with his collaborators from KAIN and College of Science, including the NPST joint research project, where Dr. Hassan Ouacha, Assistant Professor in KAIN, is the principal investigator of the project and Professor Kleineberg, Dr. Abdullah Azzeer, Dr. Hamad Albrithen and Dr. Ziad Al-Ahmad from Department of Physics and Astronomy, College of Science as co-investigators.

It is worth mentioning that the visit of Professor Kleineberg is one of the fruits of research collaboration between King Saud University, Ludwig-Maximilians University and the Max Planck Institute for Quantum Optics, through which KAIN pursues for the establishment of firm research partnership and technology transfer.