The Think20 (T20) inception conference of the G20 under the theme “Striving for a Future of Prosperity, Sustainability, and Inclusion” took place from 19-20 January 2020 in Riyadh. The overwhelming event was co-hosted by the King Abdullah Petroleum Studies and Research Centre (KAPSARC) and the King Faisal Center for Research and Islamic Studies (KFCRIS). More than 150 institutions and think tanks, and over 550 attendees from 65 countries, participated in the T20 Inception Conference to discuss the most pressing global issues, including climate, energy, migration, youth, innovation, technology, multilateralism, economic development, finance, food security and access to water etc.

T20 is one of the engagement groups of the G20, which is considered as the idea bank and consists of think tanks, leading scholars and subject matter experts from the world. Throughout the year, T20 continues discussions under its task forces (TF) and comes up with the research-based policy recommendations to be presented to the G20 leaders. 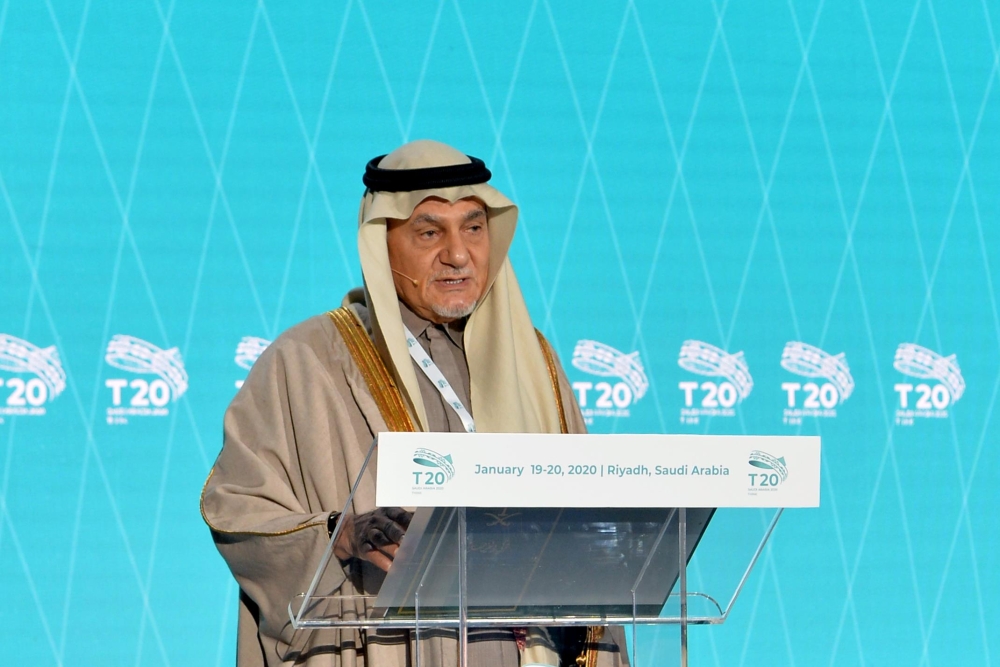 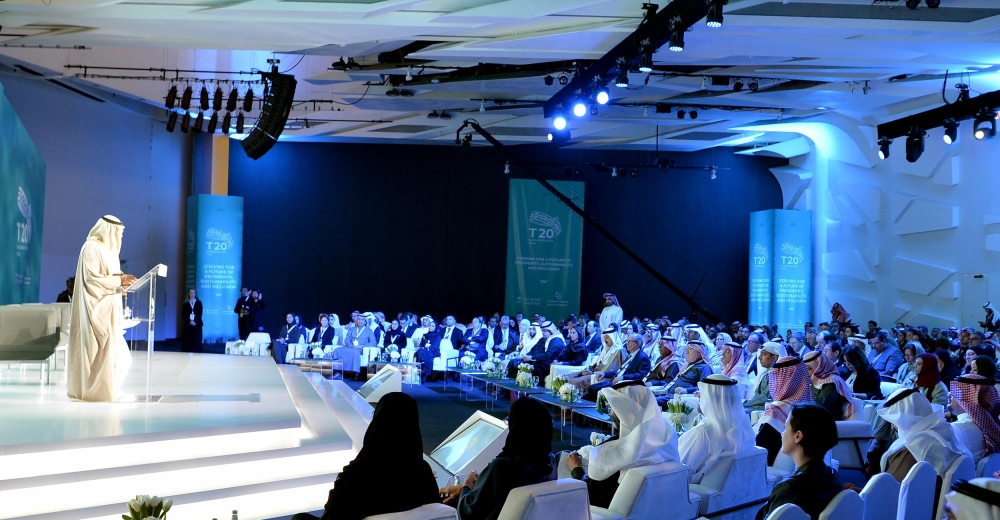 At the opening ceremony of the T20 inception conference, HRH Prince Turki Al-Faisal Al-Saud, the Chairman of KFCRIS delivered a speech and emphasized that the multilateralism is the key to pave the way for a prosperous world. Followed by a statement of the chair of T20 Saudi Arabia, Dr. Fahad Alturki first welcomed the delegates and then shed light on highlighting the vision and objectives of T20. The conference consisted of around 11 panel discussions and six keynote presentations delivered by the world’s well-known leaders and the subject experts. 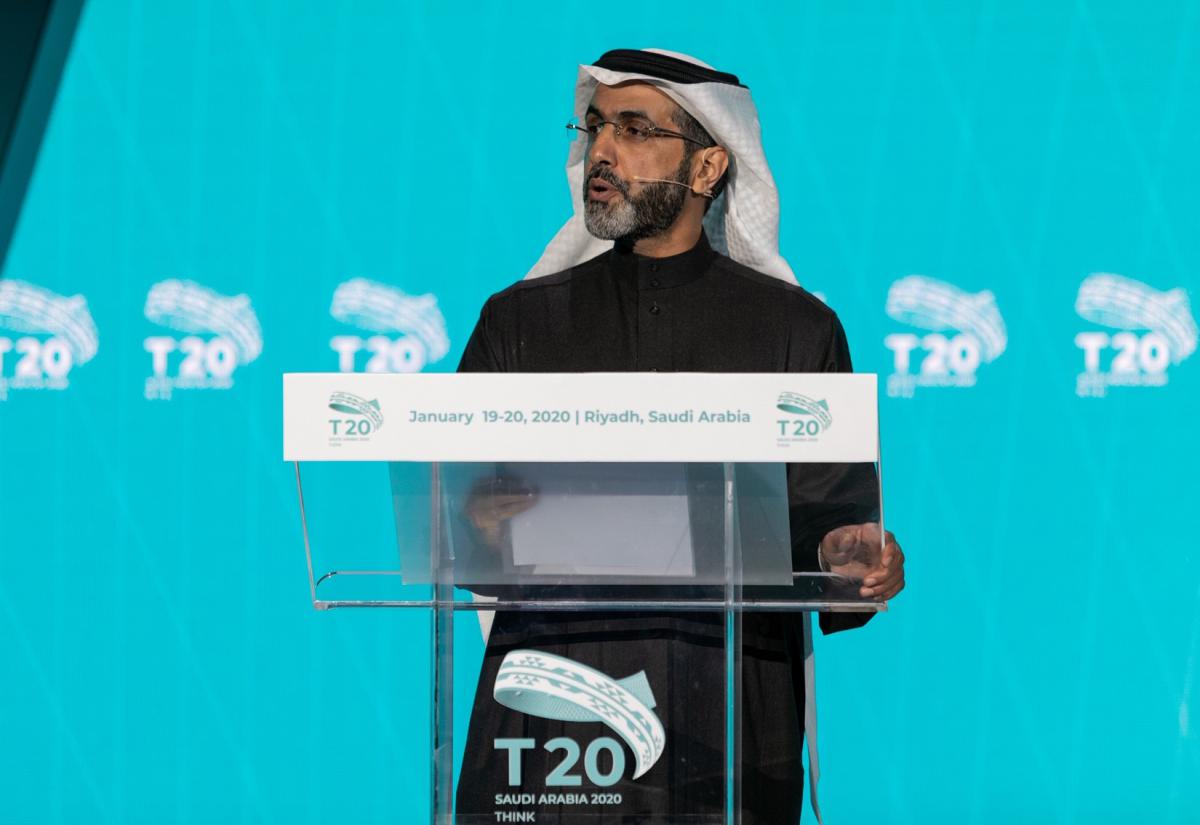 Prof. Muhammad Khurram Khan, a distinguished professor of Cybersecurity, from the Center of Excellence in Information Assurance (CoEIA) at King Saud University also participated in this overwhelming event as a member of the T20 Task force (TF6), which addresses the challenges of economy, employment, and education in the digital age. This TF will work on proposing the fact-based policy recommendations to reform education, and provide opportunities for training and entrepreneurship by addressing the digital continuum within the changing labor market, challenges raised by the platform economy, and the implications affecting the young. It will also address the challenges of global governance frameworks while illuminating the impacts of artificial intelligence, cybersecurity, data privacy and technological disruption on employment and workplaces. The recommendations of this TF will provide concrete and sustainable policy measures that maintain individuality, respect confidentiality, and encourage diversity and inclusion in the digital age. ​ 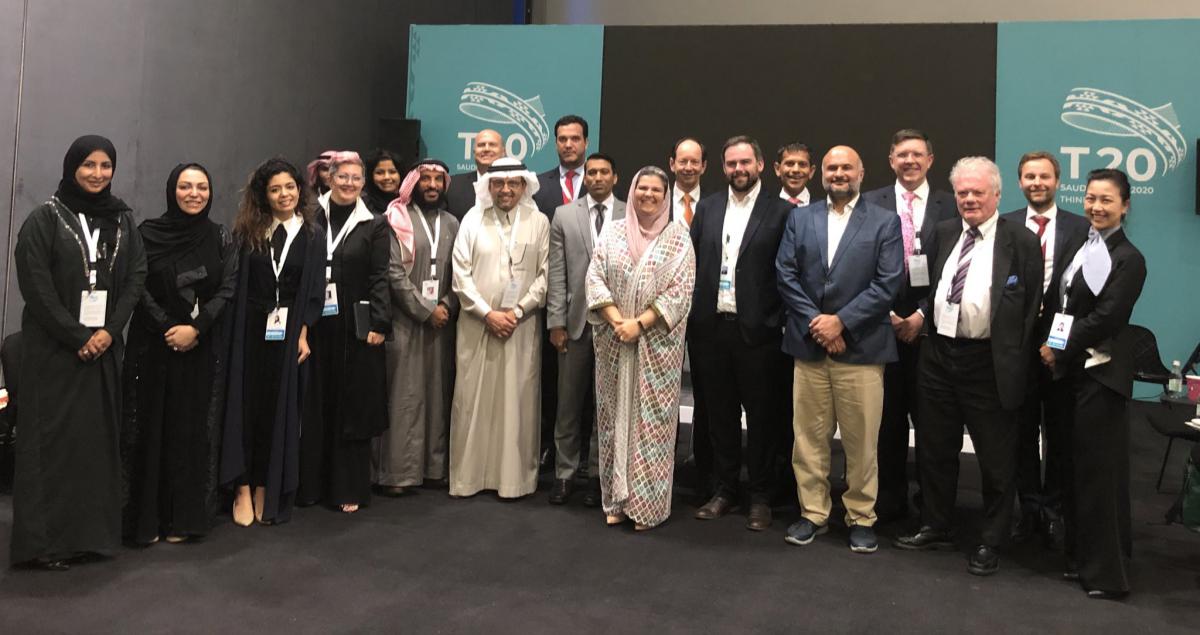 “This is indeed a great honor for me and our institution that I would represent Saudi Arabia as a member in the engaging group of G20 through T20 Task Force 6 and work with world-class experts, thought leaders, and think tanks to shape innovative and evidence-based recommendations in the areas of ‘economy, employment, and education in the digital age’ to propose the way forward for the global community”, stated by Prof. Muhammad Khurram Khan.

“In our meeting of this task force, I got a chance to meet the leading experts from the global think tanks to discuss most pressing challenges in the areas of Cybersecurity, AI, Fintech, education, jobs creation, and creating well-balanced labor markets meeting the supply and demand for skills in the disruptive technological era while reducing inequalities, disparities and promoting economic and social development”, further elaborated on the further proceedings of the TF.

“I believe that our contributions through this TF would churn out impactful policy recommendations, which will be shared with the G20 leaders for their consideration in the G20 communique during the G20 Summit in November this year”, explained by Prof. Khurram as a side remark. 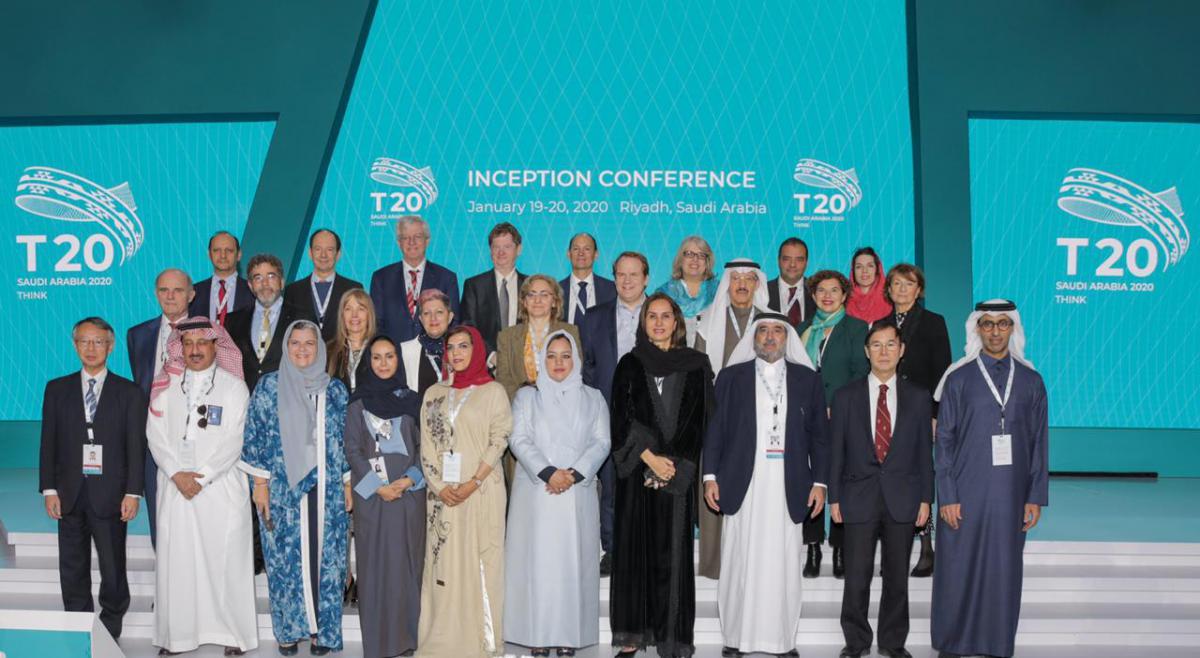 It is to note that the G20 or the Group of Twenty is the premier forum for international economic cooperation, which brings together the leaders of both developed and developing countries from every continent. The G20 comprises 19 countries and the European Union. The 19 countries are Argentina, Australia, Brazil, Canada, China, Germany, France, India, Indonesia, Italy, Japan, Mexico, Russia, Saudi Arabia, South Africa, South Korea, Turkey, the United Kingdom and the United States. Collectively, G20 members represent over 80% of the world’s economic output, two-thirds of global population and three-quarters of international trade. This year G20 will be hosted by Saudi Arabia from 21-22 November 2020 in Riyadh and through its G20 presidency, Kingdom aims to enhance cooperation and find international consensus on issues that affect the global economy.